If you’ve endured the ‘climate wars’ of the past decade, Denied: The Rise and Fall of Climate Contrarianism offers an exit. A sweeping finale, should you choose it.

It’s the point where George Dubya Bush — from his country’s USS Abraham Lincoln — declares victory over the enemy. But in this case, Richard Black’s declaration from his East London houseboat is hardly premature. The UK ‘contrarians’ lost this debate long before they entered it. Yet in its strictest sense, winning has never been a contrarian intention; muddying the media waters and delaying action on climate change has been.

Contrarian obstructionism continues to be devastatingly successful. But Denied does not dwell on what’s lost. Instead it puts the contrarians and their arguments to ridicule, and to rest. You see, climate denial is like the man in a coma whose family refuse to accept the inevitable. At some point, the plug has to be pulled — then everyone, save the contrarians, can move on with what’s next.

Shipwrecked on the rock of facts

Denied speaks loudly on science’s behalf, but as psychologists know, facts don’t work that well on us humans. Especially those of us who express beliefs for the purpose of performance rather than truth. I lazily lump the UK merchants of doubt — the Matt Ridleys, Nigel Lawsons, James Delingpoles, Christopher Bookers and Paul Homewoods (to name but a few) — straight into the “Denier” camp. Black rightly gives them more credit: ‘Conviction contrarian’ is the term he settles on, reflecting the fact that a handful “truly believe” they’re operating in good faith.

In the UK, the Global Warming Policy Foundation (GWPF) sits stranded on top of the rock of facts. Three things strike you when you peer into their sanctum:

“How small it is, how tightly-knit it is, and how effectively it has penetrated some of the [UK’s] most important newspapers.”

Given the unequivocal evidence stacked against the GWPF and its henchmen, they might consider skipping “the most vigorously challenged scientific hypothesis in history”. But not being a physicist, chemist or earth scientist doesn’t faze a contrarian. They’re better than that. Prepend ‘Lord’ to their name — as seven GWPF members enjoy — and suddenly they’re even more entitled to pilot a plane, operate on a patient or opine about climate change in public.

Contrarian arguments are opportunistic; they disappear, morph and mutate around the topic of the day. Eight broadly familiar narratives provide the scaffolding for Black to marshal the evidence — all 80 pages of it. Each section is neatly summarised with ‘Rhetoric’ and ‘Reality’ — but going down the “rabbit holes of science” is where you’ll find Black at his best. It might seem simple, letting science speak, but journalistic flair and contrarian confrontation combine to do more than just inform:

“How much of the observed global warming is caused by greenhouse gas emissions? The answer appears to be: ‘since the middle of the century, a bit more than all of it’… So — insist that modern-day climate change has a ‘natural’ cause, if you want — but the evidence is completely against you.”

When he’s not speaking to the contrarians, Black’s dishing out examples of their tactics. Some of the anecdotes are too niche and ‘in the trenches’ — but a man has to build his case. I call the contrarian tactics the ‘Tricks of the Cherry Trade’, but thinking about it again, ‘Cherry Picking’ doesn’t do the extent or sophistication of contrarianism anywhere near enough justice. But it’ll do.

Compared to its US counterpart (The Madhouse Effect by Michael Mann), Denied is less denial, more the nexus between denial and established media. In the UK, that nexus has been in good health for over a decade. Quite remarkable, then, that the UK has managed to depoliticise climate change through future-proofing policies like its Climate Change Act and independent Committee on Climate Change. That is, until you realise the UK’s contrarians found full voice after these policies had passed. Other countries, perhaps, haven’t been so lucky; for UK new media has unequaled “global reach and respect”. Australia and the US, anyone?

“One suspects — though it is impossible to prove — that in strictly climate change terms, the main impact of the UK’s conviction contrarianism lies outside the nation’s shores.”

Criticism is directed at the usual suspects — The Sun, Express, The Telegraph — but the BBC, as the world’s beacon of impartiality (and Black’s former employer), gets special attention. Systemic concerns are raised around its recycling of contrarian opinions and the skewed ‘balance as bias’ representation they’ve tacitly enjoyed because of it. Most embarrassingly, the BBC’s backward coverage of the global ‘energy transition’ is called out. The Financial Times and The Economist get it; the BBC not so much. A perplexed Black asks, “Why is [the energy transition] a story you would not want to own?”

“It involves nothing less than the complete re-shaping of the energy system that drove the Industrial Revolution and created the wealth of the modern world — and the Paris Agreement and this year’s IPCC special report on the 1.5°C target indicate that it should happen in little more than a single human generation. It will re-shape the geopolitical world order… Its progress will largely determine whether the human race enters a future of unpredictable and escalating climate impacts, or just significant ones.”

To be sure, Denied is sympathetic to editors who don’t have the time to understand the complexity of energy and climate science. But like any advocate for evidence, Black laments how often and how easily politics (and contrarian narratives) — where “facts are not the most valuable commodity” — ousts science on the journalistic beat.

Denied dishes out credit too. Chief among them is scepticism — if practiced in good faith. Predictably, few contrarians meet their own test. Ten years ago, they’d have got away with it, admits Black, but today “a genuinely sceptical approach means turning scepticism on your own beliefs as well as those of others.” Astonishingly, there’s even a nod to the contrarians (!) for raising standards in science and journalism: “They probed the practices of science in a way that led to positive reforms. They queried journalism, forcing those of us involved in it to be more precise and more rigorous in our reporting.”

It’s fair game, ridiculing contrarians, but celebrating their fall doesn’t come without its risks. It raises the international profile of men who don’t need publicity. It moves the conversation, unintentionally, back to the debate of if, not how we’re going to tackle the climate challenge. Moreover, the Backfire Effect tells us that telling contrarians and their sympathisers “you’re wrong” and correcting them will likely cause their views to be strengthened. But contrarians are contrarians for life. I’ve moved some through the ‘stages of denial’ but seldom have they been convinced by evidence, story or concession. That’s partly why this book should be considered an exit (Why waste more time?). It’s also why victory can only be claimed if it allows us to move on from the media trenches of if and into the political trenches of how.

The case against contrarianism is overwhelming. Unless it takes Black’s generous offer to transition into good faith scepticism, contrarianism is redundant — safe in the knowledge that it will be removed, for good, one funeral at a time. More importantly, public opinion on climate change is moving ineluctably to an affective tipping point; that is, as the scientific evidence and economic benefits of the energy transition continue to pile up, even the contrarians’ cognitive dissonance might become too much for them to bear. According to Steven Pinker, the tipping point depends on the balance between:

“How badly the opinion holder’s reputation would be damaged by relinquishing the opinion and whether the counter evidence is so blatant and public as to be common knowledge: a naked emperor, an elephant in the room.”

Wait — so the idea of climate contrarianism could eventually topple forever? I’m not holding my breath (and nor is Black), but meanwhile the elephant is growing ever fatter by the day. It’s that elephant of evidence — even more so than Black’s feast of reason and flow of facts — that confirms the contrarians have been denied.

A Note About Denied’s author

Richard Black is Director of the Energy & Climate Intelligence Unit. He studied Natural Sciences at Cambridge University before joining BBC World Service in 1985. He subsequently produced and presented on a wide range of programmes including current affairs, science, health and sport. While he was with the BBC, Black had longstanding stints as their Science and Environment Correspondent.

Get your copy of Denied here. 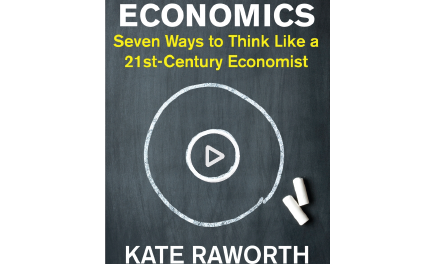 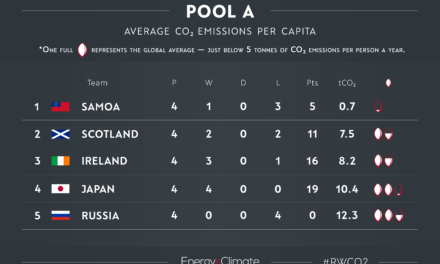 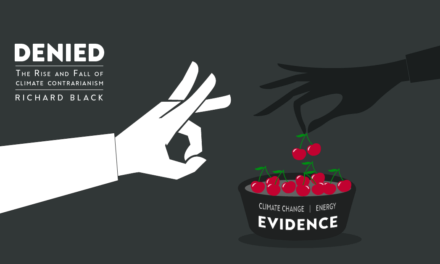 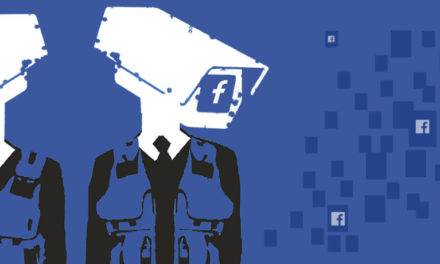