After finishing the Third Industrial Revolution — Jeremy Rifkin’s game plan for a sustainable future — Andrew Tod thought it wise to review the book in light of current circumstances.

It was only after I started to get into the Third Industrial Revolution by Jeremy Rifkin, and came across a reference to Myspace as a leading social network site, that I realised this book wasn’t completely up to date. But despite it being written in 2011 the book still feels as relevant today as it would have seven years ago. Perhaps even more so, as the need to shift how we generate and consume energy has never been more pressing, as highlighted by the recent IPCC Special Report on 1.5°C.

The underlying theme of Rifkin’s book is that industrial revolutions occur when new energy technology emerges alongside new information technology. Looking back to the 19th century, for example, print technology became cheaper, easier to distribute and more widely spread after it became powered by steam. He indicates that the current, 2nd industrial revolution, powered by the combination of centralised fossil fuel generated electricity, and television, telephone and radio communications, is entering its (elongated) endgame.

We’re heading into a Third Industrial Revolution (TIR) where enhancements in distributed renewable energy technologies combined with a more collaborative internet-based communication network, will create new infrastructure that “annihilates time and shrinks space, connecting people and markets in more diverse economic relations”. Both energy and communications infrastructure are shifting from centralised, vertical organisational structures, to more distributed, lateral ones. The benefits could be huge: economic, social and environmental – the TIR could be when we achieve real sustainable development.

But there’s a lot of work to do in order to get there. Rifkin’s TIR plan is founded around five interconnected pillars that will create the infrastructure required to achieve sustainable development:

The Third Industrial Revolution can be repetitive, and Rifkin spends too long describing all the important people he has meetings with (Commissioner you-know-who, Secretary General so-and-so, President what’s-his-name). Perhaps it was his attempt to convey how seriously prominent business leaders and government folk are taking the TIR plans. Despite this, I really enjoyed the clarity in which each of the five pillars were laid out — and Rifkin’s predictions of how we should progress towards them.

Rifkin also uncovers some fascinating themes along the way, such as: how the ‘dirty rich’ (who made their millions from the polluting extractive industries) are diminishing in favour of the ‘clean rich’ (tech entrepreneurs who are committing to clean energy); rethinking economic systems to align with the laws of thermodynamics (a nod to another of his books: Entropy: A New World View); and the importance of civil society in contributing to both countries’ GDP and employment (at the time, 11% of employment in the UK was from the non-profit sector).

After discovering when the TIR was written, I thought it interesting to uncover how much (or how little) progress has been made against Rifkin’s five pillars in the intervening seven years. So, over the course of five additional articles, we’ll take each TIR pillar in turn, investigating:

In order to achieve the huge step-change towards limiting global warming to “well-below 2°C”, all whilst remaining productive in the economy and society, uncovering the answers to these questions seems like as good an idea as any. 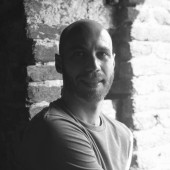 Andrew is a UK-based consultant, with an MSc from the University of Leeds. He's worked for renewable energy companies, NGOs on energy access projects and is currently working for a SaaS company on corporate sustainability data and reporting.