The future costs of climate change: Why human-caused greenhouse gas (and particulate) emissions cost society much more than all the world’s governments spend on healthcare every year.

Understanding how quickly and deeply humanity needs to cut global emissions means understanding the costs that these emissions actually cause. In theory, this allows for a well-balanced approach to global emission reductions to emerge. In particular, it gives us an approach that makes sure that the economic costs of policies to combat and reduce emissions are neither insufficient nor excessive.

The social cost of carbon

The economic costs associated with emitting CO2 emissions — in 2017, we were doing it at a rate of 36.8 billion tonnes — is a contested topic among economists. The key variable that drives the costs of climate warming greenhouse gas emissions is a metric called the social cost of carbon. The social cost of carbon does its best to give us the most comprehensive measure of climate change damages, and includes damages likely to affect infrastructure, agricultural productivity and — most importantly — human health.

Determining the social cost of carbon is a complex process for those game to calculate it. For us, the process is a bit easier to understand:

Discounting, or a discount rate, gives less weight to events the further they occur in the future. So, to take a generic example, due to discounting, economic damages incurred in 2100 are given less economic clout than earlier damages incurred in, say, the year 2050. Perhaps the most robust argument for applying a discount rate is that future societies are very likely to be more wealthy than they are today. As a result, future damages will likely impact them less. For example, if Bianca owned $100,000 and were to lose $20,000 down a drain today, she’d feel significant loss. However, if Bianca were to lose $20,000 down the same drain twenty five years from now — by which time she’d managed to increase her bank balance to $200,000 — this loss would seem a little less costly. In other words, it could be the equivalent of Bianca only losing $10,000 today. In this example, then, the $20,000 damage that was incurred in twenty five years’ time would really be valued at $10,000 (present value) damage today. Are you still with me?

The ‘Social Cost of Carbon’ in the real world

The most commonly referenced social cost of carbon was calculated by the Obama-era US ‘Interagency Working Group on the Social Cost of GHGs’ (let’s just call it IWG…). Since then, it’s been adopted by reputable outfits like the US Environmental Protection Agency.

In 2017, the IWG calculated the social cost of carbon at: $48 per tonne of CO2 (after adjusting for inflation). Most recent best estimates for non-CO2 GHGs (including methane, nitrous oxide, SF6, HFCs and PFCs) put them in the region of 12.2 billion tonnes of CO2 equivalent per annum. (‘CO2 equivalent’ is a fancy way of putting non-CO2 GHG gases on the same measurement footing as CO2)

The World Bank estimates that global GDP was $80.7 trillion in 2017. This means that the total economic cost of GHG emissions was 2.9% of global GDP in 2017, based on our above US$2.3 trillion figure. To put this figure in clearer perspective, this is slightly less than what all the world’s governments collectively spend on healthcare every year. That figure is 3.5% of global GDP according to the World Health Organisation, or $2.8 trillion.

It doesn’t stop there…

Particulate matter emissions cause significant damage, too. These are the often visible emissions that come out of a coal plant smoke stack or a vehicle’s exhaust pipe. They include sulphur oxides, nitrogen oxides, carbon monoxide and volatile organic compounds (VOCs).  The World Health Organisation estimates that air pollution causes 7 million deaths per year — basically one in nine deaths globally per year.

Damages from particulate matter emissions are estimated by economists in a similar way to climate change damages from greenhouse gases. Costs are tallied up and discounted back to determine their present value. Particulate matter damages include the cost of human healthcare, reduced labour productivity (due, for example, to lung disease and respiratory issues) and the cost of premature deaths. It may sound macabre, but economists do need to place a price on human life in order to determine the size of these costs.

When combining the costs of climate warming emissions ($2.3 trillion) and particulate matter emissions ($2.7 trillion), the total cost of human-caused emissions is roughly $5 trillion per year. That’s nearly double the $2.8 trillion that all governments collectively spend on healthcare every year. And the cost of climate warming emissions could be even higher than the $2.3 trillion per year depending on other factors that climate economists consider, like the forecast size of economic damages due to climate change and the discount rate.

All this is clearly concerning, and acts to provide an ‘economic argument by way of comparison’ for why we need to urgently address human-caused emissions.

In Part Three of the Economics of Climate Change series, we’ll be taking a deep dive into the social cost of carbon. As mentioned, the social cost of carbon can cause current GHG emissions cost estimates to vary by anywhere between $0.5 trillion to $7.4 trillion annually. So, it’s definitely an important thing to get right. The question is, how is it calculated and what causes estimates to vary so widely?

This was Part Two in our 10-part series on the economics of climate change. With the help of the e-nvironmentalist’s founder, John Lang, and its designer, Will Pickering, we’re hoping to break this thing down so you can better understand it.

If you’ve got any questions, please get in touch. 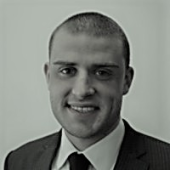 The IPCC: Our True Superstars