The seventh conference on Climate Change and Development in Africa, organised by the UN Economic Commission for Africa (UNECA) had “policies and actions for an effective implementation of the Paris Agreement” as its main theme.  Jacopo Bencini and Sander Chan, of the German Development Institute/Deutsches Institut für Entwicklungspolitik (DIE), were there.

Urgent action is needed to deliver on commitments made by African governments under the 2015 Paris Agreement on climate change.

The Intergovernmental Panel on Climate Change (IPCC)’s recent special report on 1.5 degrees reminded the international community of the urgent action needed to avoid catastrophic climate change. Such action does not only include rapid reduction of greenhouse gases, but also effective action to adapt to already occurring impacts of climate change; including changing weather patterns, drought and heatwave. One of the main speakers described the report’s findings as “a horror story that governments should know”. How are African governments and civil society responding to the climate crisis?

Historically, wealthy industrialised nations bear most responsibility for excessive emissions of greenhouse gases that cause global warming. However, sustainable and inclusive growth without dramatically increasing greenhouse gas emissions is possible for African countries. It may even be a way for Africa to ‘leapfrog’, realizing a modern, low-carbon future while avoiding the dirty paths wealthier countries have taken. Such a jump into the future, however, will require bold and inclusive climate action, at all levels of governance, from the national to the local.

To make climate action accountable and impactful, we must address two questions:

To answer the first, trillions of dollars need to be shifted towards a low-carbon future. Trillions is necessary until 2030 to implement all climate pledges that African countries have made under the Paris Agreement. Some steps are being taken. For instance, the African Development Bank, through its ambitious 2016-2020 plan, will triple its dedicated budget for climate actions to reach 5 billion dollars per year by 2020. However, multilateral development banks and public authorities alone will not shift trillions on their own. Even if rich countries keep their promise to provide USD 100bn per year in climate finance by 2020, this will not be enough. To make matters worse, political developments in key high-emitting countries, such as the US and Australia, put the international climate finance goal in question, and might erode the global consensus that underlies the Paris Agreement.

Some bright spots of optimism

Local level climate actions by community-based and non-state actions are emerging across of Africa in large numbers. That is why conference participants such as Keriako Tobiko, Cabinet Secretary of the Kenyan Ministry of Environment and Forestry, emphasized the role of civil society in climate governance:

“We cannot see civil society as an adversary, instead as a partner – they are the ones implementing actions on the ground”, they are always the “first and fastest responders.”

Businesses have also been mentioned by many as necessary partners in climate action. However, many climate efforts, smaller-scale and more remote climate actions, remain invisible.

But bold and inclusive governance that rides on a wave of local and non-state actors also needs strategic coordination. In the words of one of the main speakers, a “sophisticated governance”. Most countries in Africa still need to closely align international climate commitments with national climate targets, as well as sustainable development goals (SDGs) and regional strategies, such as the African Union’s Agenda 2063. A few countries have established frameworks for climate targets at the regional and municipal levels. Success of such frameworks, however, will also depend on effective delegation of authority, skilled human capacity and fitting financial instruments. Kenya, which asks its counties to develop locally climate strategies, may lead the way by demonstrating how it can effectively unlock local climate action. Broad ownership by civil society, businesses and local authorities is key to implementing current climate policies, but also to inspire bolder ambitions in the near future.

The triple challenge to simultaneously develop effective climate solutions, formulate and implement inclusive public policies, and ensure adequate investments, is by no means easy. But to ensure a climate-safe future, failure is not an option. 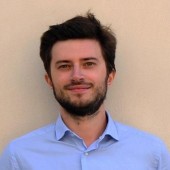 Jacopo Bencini MA is a political scientist specialized in climate diplomacy and environmental governance. He works at the German Development Institute and is a City Councillor in his Italian hometown, Pontassieve.